With an endless amount of websites flooding the internet, it can be tough to establish one’s presence with a domain name. Many of the best ones were snatched up quickly and several big companies were quick to buy their own when the internet appeal was still in its infancy. Many of these domains have proved to be valuable over time since many were bought in the mid 1980s. Here are twenty of the oldest domains on the internet. 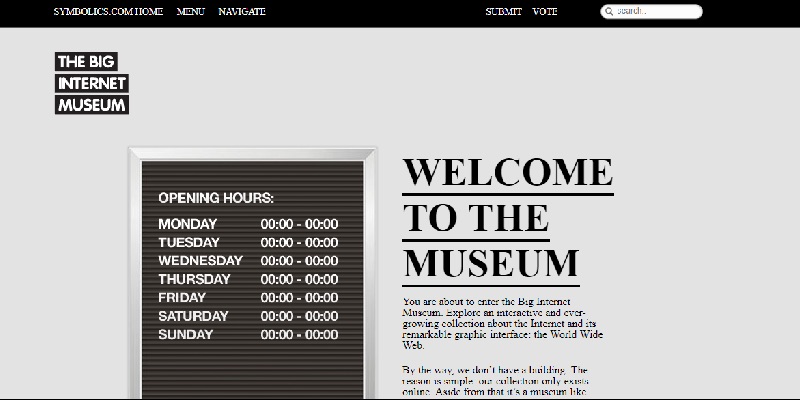 Boasting as the first and oldest .com domain, Symbolics serves as a museum website for its claim to fame, complete with a cute little board of website hours and offering a tour. It was first bought by the Symbolics Computer Corporation in 1985, which designed workstations and software throughout the 1980s and 1990s. The domain is currently held by a small investor group in Irvine, CA

Xerox, a power player in the realm of technology, soon purchased the domain name for their website after having bought Crum & Forster and selling their publishing subsidiaries. The company, best known for their photocopier machines and software, still hold the rights to their domain as Xerox is still going strong.

Previously known as Stanford Research Institute, SRI International is a non-profit scientific research institute that was founded in 1946. Their domain is best known as the 8th registered .com name and came about when their Artificial Intelligence Center developed the Procedural Reasoning System (PRS), as well the company’s development of a letter sorting system for the United States Postal Service.

The Hewlett-Packard Company is quite well known today for developing computers today. In the 1980s, they were more notable for printers and cheaper computers. Around the same time as registering their domain, the ninth .com name to be registered, the garage in Palo Alto where Hewlett and Packard first developed their business was declared a historical landmark.

A longtime leader in big technology, IBM acquired their .com domain in 1986. Having been around since 1911, the domain was purchased by the company during an exciting team where their researchers were developing scanning tunneling microscopes and new discoveries in superconductivity.

The Intel Corporation is as well known for manufacturing microchips and processors today as they were back in the 1980s. And their registry of the domain came at an exciting time when they were developing processors that would become part of IBM computers. Intel’s processors are now so common you can find them on most personal computers. 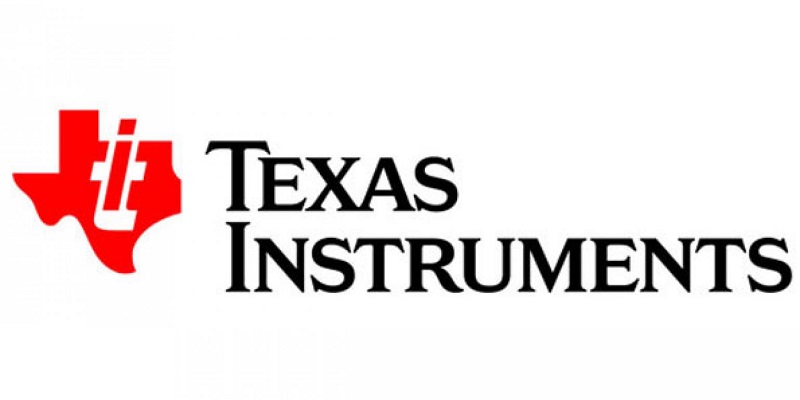 Another name worth noting in the consumer computing arena of the 1980s was Texas Instruments. Founded in 1930, the company went from developing technology for tracking seismic activity to microprocessors for computers to developing their own consumer computers. They were also involved with military contracts, having developed the FGM-148 Javelin fire-and-forget missile around the same time as their registering of their .com domain. Their website continues to function to this day, offering a wide array of products, applications, and software.

The American Telephone and Telegraph Company, or better known as AT&T today, started in phones and continues with phone technology to this day. Though the company splintered in the 1980s as the result of a lawsuit, they jumped on the opportunity to buy one of the first .com domains. Around the same time, the company also started keeping records of all calls that have gone through the AT&T network.

Developers of such technologies as oscilloscopes and logic analyzers, Tektronix acquired their domain of TEK.com during their busiest of times. Though the company was splitting up into too many divisions that led to less money. But they still made time to buy a domain and the company has continued on to weather the storm of change to be a big tech player.

The FMC Corporation is a chemical manufacturing company that has been around since 1883. They first specialized in piston pumps for insecticide and would later move into the area of manufacturing machinery for canning and combat. They purchased their domain around the same time they helped co-found the Link-Belt Construction Equipment Company with Sumitomo Heavy Industries. The domain and website still stand today as a top chemical company of over 7,000 employees.

General Electric should need no introduction, having been a powerful conglomerate since 1892. They registered the domain of GE.com during a time when they were buying up quite a bit, including RCA, NBC, and Kidder, Peabody & Co. Needless to say, they’ve continued to prosper and maintain their domain and website to this day.

The Boeing Company, functioning since 1916, is best known for developing all manner of propelled designs, from airplanes to rockets to missiles. As they went into the production of space shuttles and B-2 Stealth Bombers, the company registered Boeing.com and have been using it ever since to showcase their vast library of designs and content they’ve been developing for many decades. They remain a top-tier company worth billions of dollars as they continue to develop more forms of aircraft, weapons, and spacecraft.

It one of the most powerful conglomerates in the world, Siemens AG, to finally purchase a domain name but they still jumped on the domain train relatively early. Dating as far back as 1847, the German company is one of the largest when it comes to industrial manufacturing in Europe. They would register the domain of siemens.com around the time they were entering into the more digital age of the company, producing their first digital telephone exchange. The company is still going strong today with a global revenue of €83 billion. 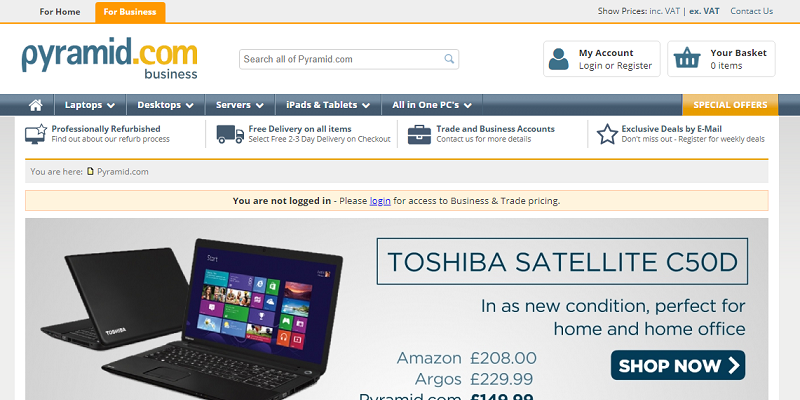 Pyramid.com is considered one of the oldest websites for offering cheap, affordable computers. Registered in England and Wales, the company still functions as a store for purchasing all manner of computer technology including servers and tablets.

Mentor Graphics was founded in 1981 as an electronics and software developer, during a time when computer technology was rapidly growing in breakthroughs and consumer appeal. They would register their domain in 1986 and would be bought by Siemens in 2017. They continue to function as a provider of electronics for various systems, including automotive, under the new name of Mentor, a Siemens Business.

Developing measurement and diagnostic equipment of electronic test equipment, the Fluke Corporation was founded in 1948 by John Fluke, having previously worked for General Electric. As their sales increased in the 1980s, they this opportunity to purchase their domain of Fluke.com and it has served them well. As of this writing, the company now has operations spanning worldwide and continues to develop equipment for the purpose of industry, education, science, and government occupation.

The NEC Corporation is Japan’s top-tier of information technology since being founded in 1899. By the mid-1980s, they had started developing consumer computer products as they branched out the United States and the United Kingdom. They also branched out to domains as they would purchase NEC.com. Today, the company functions as a global operation for IT products and solutions.

A subsidiary of the Emerson Electric Company, Rosemount Inc. is based out of Shakopee, MN as a manufacturer of measurement tools for the uses of gases and flame. Their current domain now redirectors towards the Rosemount section of the Emerson website.

The Aluminum Company of America, now better known as the Alcoa Corporation, is one of America’s longest-running industrial corporations, best known for producing aluminum. They registered their domain of Alcoa.com in 1986 as they continued to expand, eventually splitting into the two entities of the Alcoa Corporation (raw aluminum) and Arconic (aluminum processing). The website still stands today as the company continues to be worth billions.

Established in 1982, Adobe is the name closely associated with anyone doing anything creative on computers. As the developers of Photoshop and Premiere among many essential software titles for photo, video, and web creation, the company acquired their domain name in 1986 at the time they were perfecting their Postscript printing standard. But when they introduced Photoshop in 1989, they quickly took off as the leader in artist software. Their website has now become host to subscriptions for all of their latest products.

NNews
If you check your browser navbar right now, you will recognize that you’re connection to Domainpromo.com is secured…
NNews
The announcement of new generic top-level domain names excited many domain investors and webmasters since they offered a…
NNews
Customers of GoDaddy who live outside the United States now can secure their accounts by enabling two-step authentication.…