For the past decade, cryptocurrencies have undoubtedly taken the world by storm. Well, it is the future––and virtual assets are the name of the game. There has been no better decade for the number of the nouveau riche to rise and with their own eyes, they come to realize how crypto-assets can turn a hundred dollars into thousands overnight.

In cryptocurrency, 180 days takes you to at least 6 to 8 zeros in your bank accounts as long as you have the eye of an eagle to spot the best trades and mark potential earlier than others.

What’s deemed to be a blockchain and technology-dependent currency has revolutionized not only how people invest their money, but how industries upon industries have changed their tactics––catering to crypto. The best example would be the trading industry. For most, crypto is every investor’s problem as it swings just as wild as Tarzan in the jungle.

What’s 50% less to its peak when it’s already shown potential alongside the world’s richest? Trusting the system has never been harder. For investors out there, make sure you look into black market transactions, sanctions, scams, tax avoidance, and anything of the likes––these are the factors that make crypto go down in value.

If I told you 11 years ago that if you invested a hundred dollars into crypto, it would increase to about 500 times in value by now? Bitcoin, however volatile and wild, has seen investors believe in its value early in the game. Some have even built businesses to cater to the ecosystem and have continuously been accumulating their crypto wealth in the past years.

Their names must be familiar, but here are those who have taken the gamble on bitcoin and cryptocurrency––one that you might call the ‘whales’ in the system.

Wouldn’t be a list of the richest if it didn’t have the creator, would it now? Satoshi Nakamoto is the pseudonym used by the person, or group, who developed bitcoin. To this day, nobody knows the true identity of Nakamoto. Author of the bitcoin white paper as well as the inventor of the first blockchain database, Nakamoto has been estimated to have over 1 million bitcoins––a staggering $6 billion in 2020. In December 2010, Nakamoto was actively developing bitcoin but disappeared in 2011. At one point, Nakamoto was worth a whopping $19 billion or in layman’s terms, the 44th richest person in the world.

Dubbed as one of the richest to ever get into the cryptocurrency business, Chris Larsen is a business executive and angel investor. As the co-founder of many technological startups in Silicon Valley, he took it a step further and co-founded Ripple. The company was created to help facilitate international payments for banks using blockchain technology. As expected, his net worth in cryptocurrency is around $7.5 billion to $8 billion.

You know you’ve made it in the crypto community if you have your own nickname. Changpeng Zhao or “CZ” is the founder and CEO of the world’s largest cryptocurrency exchange by using Binance. This works perfectly for CZ as he already has a background in computer science. However, before all the crypto, he was first involved in the Tokyo Stock Exchange and Bloomberg Tradebook where he learned about all the trading-related software. In 2003, he was getting heavily involved in cryptocurrency projects like OKcoin.

In 2017, CZ then founded Binance––raising $15 million in coin offering. The next year, CZ was ranked third in Forbes’ richest people in cryptocurrency list, coming at an estimated $1.4 billion.

It has been estimated that his net worth comes between $1 billion to $5 billion in cryptocurrency. Alongside his success in the business, he has never failed to lend a helping hand in solving issues such as governance in the industry.

The Winklevoss twins, as some would famously name them. The Winklevoss’ were former Olympic rowers and sought for many ventures. In 2002, they founded ConnectU, arguably one of the earliest social networking websites known to man. Six years later, Facebook piqued and the twins sued Mark Zuckerberg for stealing ideas from them in 2004. Winning the case, they received a settlement of $65 million. From then on bitcoin was their focus––investing in startups like BitInstant (a bitcoin payment processor), and other companies. In 2014, they launched Gemini, a cryptocurrency exchange and storage where users are enabled to buy, sell, and store their digital assets.

At this point, it is widely believed that they already own almost a percent of all the bitcoins in existence.

Novogratz is already rich. The former hedge fund manager was listed as a billionaire on Forbes back in 2007 and 2008. Before he retired, however, he invested in cryptocurrency. After a few years, he was already heavily involved in the industry––even becoming the CEO of a cryptocurrency investment company called Galaxy Investment Partners.

In 2012, his net worth was at half a billion dollars. In the recent five years, he has mentioned that 20% to 30% of his fortune are held in Bitcoin and Ethereum––a whopping $250 million in profit, may I add. There have also been controversies about his take on the industry, saying that cryptocurrency is a bubble but still continues to invest in different projects around the industry.

Brock Pierce, a name you’d see in video games as an antagonist, is an up and coming entrepreneur in the industry. He co-founded Blockchain Capital which raised $85 million in two venture funds in 2017. If you think his timing isn’t already perfect, hear this: in 2017, when the ICO boom occurred, Pierce launched EOS and raised $700 million––making it the biggest ICO in 2017. The project was done through Block.one, a company Pierce has also co-founded.

it’s impressive how Pierce has already become one of the most successful people in the business when he’s just joined the world of crypto. Goes to show how wild of a gamble it is to be in this realm of the digital age. In 2018, Pierce was included in Forbes’ ‘top 20 wealthiest people in crypto’ with a net worth ranging from $700 million to $1.1 billion.

One of the biggest names in the cryptocurrency world, Brian Armstrong is a co-founder and chief executive for Coinbase. If you don’t know what Coinbase is, it’s basically the largest cryptocurrency exchange in the United States. When it first launched in October of 2018, it raised $300 million and since then, has grown steadily over the years. In 2019, it has amassed 8 million new people and has acquired, more or less, 2 billion in trading fees since its launch in 2018.

Brian Armstrong’s net worth is about $1 billion.

With an extremely powerful digital age currently, Bitcoin and Cryptocurrencies have never been easier to track and invest in that it was more than a decade ago. It has opened avenues for the risk-takers, the safety nets, and the ones who want to revolutionize such an open world of crypto assets. If anything, the people aforementioned are but the best of the best in the cryptocurrency realm.

Take, for example, Joseph Lubin and Brock Pierce where the former has been in the business for years while the latter has just joined in the last 3 to 4 years. Both are wildly successful in their crafts––and will continue to do so in the coming years. 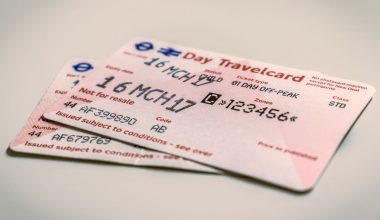 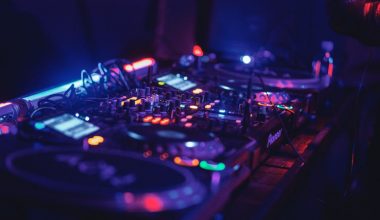 Read More
There was a phase where electronic dance music was the only music we regarded. The drops, the hype,…
LListicles 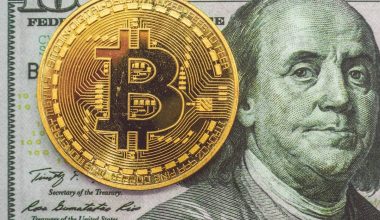 Read More
Bitcoin, once a cryptocurrency only traded by cyber geeks, has now become the biggest and most legitimate digital…